“In the year of ’39 assembled here the volunteers,” opens “’39,” an obscure Queen song, and what follows is a tale of love, loss and modernity, alternately hopeful and despairing, that strikes an unexpected chord in 2019. First released in 1975 on the album A Night at the Opera and as the B-Side to “You’re My Best Friend,” “’39” is a musical departure for the band, eschewing the their more typical stadium-rock fare and operatic piano ballads in favor of subdued folksiness.
Link to Story

The state bird of New York might officially be the Eastern bluebird, but if you ask Tina Piña Trachtenburg, it should be the pigeon. For six years, the Brooklyn-based artist and animal advocate — who goes by Mother Pigeon — has lived a pigeon-centric existence. She feeds them, fosters them, and takes fashion inspiration from them, decorating coats and crowns with fake pigeon feathers.
Link to Story

The She-Squatchers Prove Women Can Hunt For Bigfoot Too

For most of her life, Jen Kruse hadn't given Bigfoot much thought. It wasn’t until 2015 when she interviewed cryptozoologist Loren Coleman on-air at a paranormal convention that she began giving the fabled beast serious consideration. Coleman speculated that women would have more success finding Bigfoot than men, and Kruse, tickled by this notion, volunteered on the spot to join in the search.
Link to Story

Awesome Things You Can Do With Dead Bodies Besides Bury Them

Cemeteries might be the norm, but a slew of people are turning to alternative methods of preserving loved ones. Long gone are the days when saying farewell to a loved one meant putting them into the ground or in an urn. Now, we can wear them as jewelry, turn them into marbles, or even compress them into diamonds.
Link to Story

Doctors ought to be women’s greatest allies in the fight for contraceptive and reproductive rights. And yet many of them are failing one subset of women — those, like me, who know they never want to have children. Five years ago, when I was an undergraduate, I complained to my gynecologist about long, heavy, unpredictable periods that left me anemic and were poorly controlled by various birth control pills.
The New York Times Link to Story

Is your leather from China? It might be made of dog or cat skin

The Guardian Link to Story

By now, most of us have heard of subscription boxes, even if we haven't tried them ourselves. We can now get monthly mailings containing any products our hearts desire, from makeup to snacks to wine. Even our pets can get their very own subscriptions. It's easy to see the appeal: You get great products each month, without the inconvenience of real-life shopping or having to purchase a full-size version of an item you've never tried before.
Mic Link to Story

It's the wall that started it all: a layered amalgamation of multicolored, spray-painted hearts at Mott and Kenmare Streets in New York City. In an earlier time, a viewer might have simply stopped to marvel. But today, the impulse is different: "Let me take a selfie." With more than 5,000 followers and counting, fashion maven and former Lucky editor-in-chief Eva Chen's Instagram account PhotogenicWalls isn't just popular — it is a reflection of a young, 21st century viewer's relationship with art.
Mic Link to Story

Alan Rickman creates ‘A Little Chaos’ as the Sun King

“A Little Chaos” is the title of Alan Rickman’s new film, but the story it tells is anything but chaotic — even if the movie’s creation, in some ways, was. Tightly controlled and nuanced, “A Little Chaos” — about the construction of the Garden of Versailles under King Louis XIV — was directed and co-written by Rickman, who also plays the king.
San Francisco Chronicle Link to Story

Expensive high-rises and street art may seem like an unlikely combination, but in Chelsea, the two are experiencing a symbiotic relationship as legal, commissioned murals contribute to a rise in property values. Street art has become increasingly trendy in New York, partly due to high-profile events like Banksy’s residency a year ago; though the anonymous street artist’s work was illegal in that it was not commissioned, it garnered a lot of press.
Midtown Gazette Link to Story

First life, second act: How these journalists found themselves

CJR sits down with four people who found themselves by leaving behind who they were. Laura Miller didn’t get her first full-time journalism job until she was 35, but it turned out to be a major one: In 1995, she was the fifth employee hired at Salon. Miller worked at various alt-weeklies and before that, for a small local press and a mail-order company, while doing freelance criticism.
Columbia Journalism Review Link to Story
View More Stories

Alanna Weissman is a writer, reporter and editor from New York City. Her work has appeared in outlets including the New York Times, the San Francisco Chronicle and The Guardian, and she has copyedited for more than a half-dozen publications. An alumna of Colgate University and the Columbia University Graduate School of Journalism, she is currently an MFA candidate at New York University. 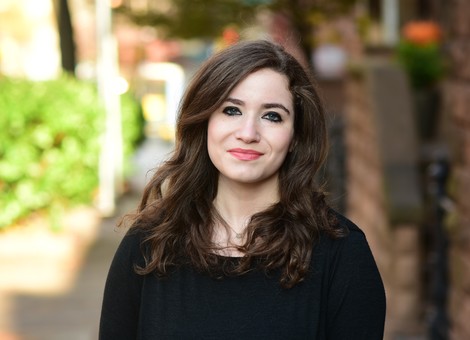